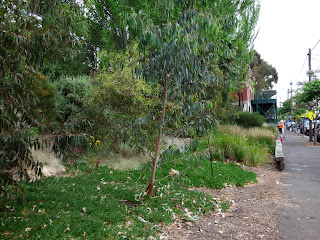 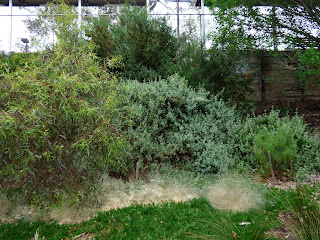 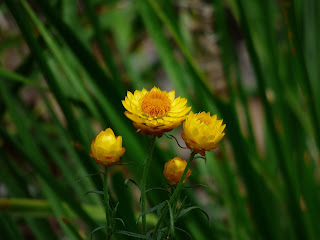 Under the station, lilies were in flower despite their absolutely awful growing conditions. We observed a native Blue-banded bee shaking pollen from the flowers of Dianella tasmanica with the vibration of its wings, a wonderful sight as we always hoped to attract native wildlife to the garden.
Posted by Rosnata at 16:43 No comments:

Our next working bee is scheduled for Tuesday, October 20th, 2015. Meet at the tap in Pin Oak Crescent at 9:30 am. Tasks will include cleaning up under the landing and steps, picking up litter from the whole area and watering. Newcomers welcome. Just turn up and register to become a Stationeer. Ros